Have you injured your knee? You may be interested to know what the symptoms of an ACL tear are

Especially if you are a sports person, the thought of an ACL (anterior cruciate ligament) tear probably fills you with dread. Possibly you know someone who has torn their ACL and have been witness to the long and difficult process to return to normal every day function, and hopefully a return to sport? If you have injured your knee, the thought of “Oh no… I hope I have not torn my ACL!” may have popped into your head. Read more to find out the symptoms of ACL tear.

In this article we will explain

The anatomy and function of the ACL

The ACL (Anterior Cruciate Ligament) is the ligament deep inside the middle of your knee joint, which runs from the front of the tibia (shin bone) to the back of the femur (the thigh bone). The intact ligament prevents the shin bone from sliding or shearing backwards on the thigh bone, and also provides rotational stability. This means that the ACL is a very important ligament to give your knee the stability it needs to function normally.

There is another cruciate ligament called your Posterior Cruciate Ligament (PCL), which crosses over the ACL. The PCL prevents shearing in the opposite direction, and is less commonly injured.

The ACL ligament is a very strong fibrous band of connective tissue. ACL tears are not uncommon and occur more frequently in sports such as basketball, cheerleading, volleyball, football, netball, and downhill skiing. They also occur 2-4 times more frequently in females compared to males. An ACL tear is the most common cause of a prolonged absence from sport.

How the ACL is typically injured

The latest forensic research by De Frate and his team  shows that an ACL is most often torn when landing on a hyperextended (overly straightened) knee.

Previously it has been believed that an ACL was injured due to an inward buckling of the knee causing excessive valgus force on the ACL, or from decelerating suddenly, pivoting on the knee or another player falling across the knee.

Grade 1 sprain: some of the fibres of the ligament are torn, but the ligament is still intact and essentially able to perfrom its stabilising function. The ligament would be slightly stretched, but can heal over time

Grade 2 sprain: more of the ligament fibres are torn. There is more pain and swelling, and the ligament is less able to perform it’s stabilising function. This is also sometimes called a “partial tear”

Grade 3 sprain: all of the ligament fibres are torn. The ligament is unable to stabilise the joint, creating a feeling of instability. Extensive brusing and swelling are seen. This is often called a “complete tear”or “rupture”of the ligament.

The symptoms of ACL tear

Diagnosis of an ACL tear

If you have sustained an injury to your knee and you suspect you may have torn your ACL you have to see a doctor, preferably an orthopedic surgeon. The doctor will examine your knee and ask you how the injury happened. There are specific ligament stability tests to check the ACL. These are the Lachman Test, the Pivot Shift Test, and the Anterior Drawer Test. Sometimes if the knee is too swolen, it is difficult to get an accurate diagnosis.

Your doctor will need to order further examinations, which usually include

If you have torn your ACL

Depending on what the orthopedic surgeon finds, the doctor would then discuss your treatment options with you. Initially the doctor would often recommend rest and pre-habilitation with a physiotherapist in order to let the knee settle down, to see how you feel and how you cope with any instability. They would then later discuss and decide with you, whether surgery is best for you, or whether a conservative approach is the preferred option. 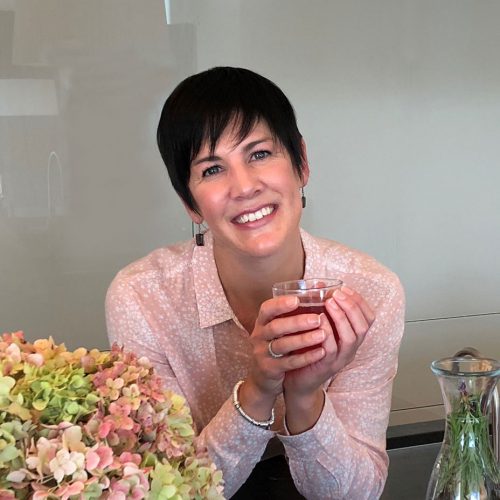 Carron is a physiotherapist with over 20 years of experience, specialised in orthopedics, rehabilitation, sports injuries, backs and necks. She is a qualified Pilates instructor with a strong focus physical fitness, injury prevention and recovery. B Physt UP, OMT 1, SPT 1