What do you need to know about reactive arthritis?

Reactive arthritis is not a very common disease. It occurs in only 30 people out of every 100 000 worldwide. Men are more often affected. 3 out of 4 patients with this diagnosis are male. Also, it appears that younger people between the ages of 20 – 40 suffer from this condition, with a peak age of 15 – 35. Interestingly, there are no cases of this condition reported in children. A clear genetic predisposition has been identified and people with a positive HLA-B27 genetic marker are significantly more often affected by it.

The condition is also called Reiter’s syndrome, and is an autoimmune disease that is characterized by a triad of three dominant conditions

Reactive arthritis per se is not contagious. However, the bacteria that cause the infection/s prior to it developing can be transmitted either sexually or in contaminated food. Only a minority of people exposed to these bacterial infections develope reactive arthritis. The reason that only a few people develop this condition following exposure to these bacterial infections is due to the genetic predisposition determined by having the HLA-B27 positive gene markers. However, the exact genetic correlation and the pathology of reactive arthritis is not yet fully understood.

Urogenital or gastrointestinal infections are often the precursors of reactive arthritis.

Typical urinary tract symptoms, like frequent and painful urination; or genital infections such as prostatitis in men, gynecological or other cervical infections in women, are often the first signs of the disease.

If a gastrointestinal infection is the primary trigger, then diarrhoea, vomiting and fever would usually be the first signs of the disease.

The typical arthritis symptoms of pain, swelling, and tenderness of the large joints appear several weeks following the urogenital or gastrointestinal infections. Reactive arthritis most often affects one or possibly more joints. Most commonly, it affects the knee, ankle, and toe joints.

If the tendons and ligaments close to the joints are also involved, they may become inflamed and painful.  Achilles tendonitis, ther tendonopathies or lower back pain may occur as well.

There may be other symptoms which present with reactive arthritis. Typically they are skin rashes on the hands or feet, changes in the nails, and mouth ulcers. These symptoms may persist for longer. In most patients, reactive arthritis lasts for 3 – 12 months.

A sound differential diagnosis is crucial in order to distinguish reactive arthritis from other types of arthritis such as rheumatoid or degenerative arthritis. The typical co-existence of the three major groups of symptoms (urogenital, arthritis and ophthalmic) and blood tests for HLA-B27 markers would provide evidence for an accurate diagnosis.

The treatment aims are to reduce symptoms. Pain and inflammation symptoms are typically treated with pain killers, NSAIDS and other forms of pain relief.  It is also crticially important to eradicate bacterial infections with antibiotic treatments.

A large majority of the patients suffering from this rare condition will recover from the symptoms within a few months and typically no long-term or chronic symptoms will remain. Most patients will live a normal life with no impact on their quality of life. In some cases, where prolonged joint pain or discomfort exist, targeted physiotherapy in order to reduce swelling and inflammation, and to strengthen the muscles around the affected joint will help speed up recovery.

Check out our knee and hip strengthening videos which are safe to do if you have any sort of joint pain. Remember that it is always recommended that you seek medical advice if you suspect you have a condition. 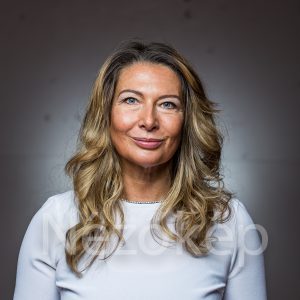 Medical doctor with qualifications from the Universities of Semmelweis in Budapest, Hungary and Albert Ludwig´s in Freiburg, Germany. Dr Tánczos Olver has over 20 years of experience in orthopedic medical innovation and technologies. Dr Tánczos Olver is an expert in the fields of regenerative medicine, medical technology and biotechnology. Dr. med